http://www.classicbikeforum.co.uk. Independent to the magazine.

All ready for the 2018 season after it's winter tart up. 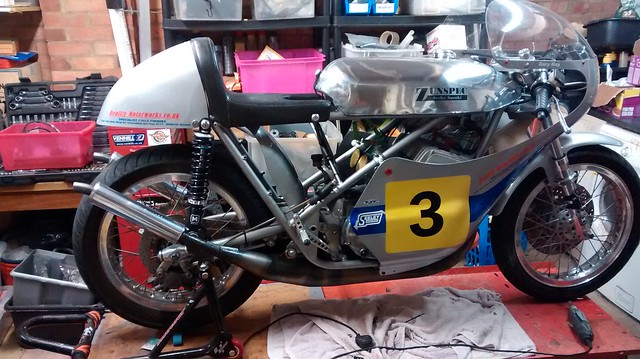 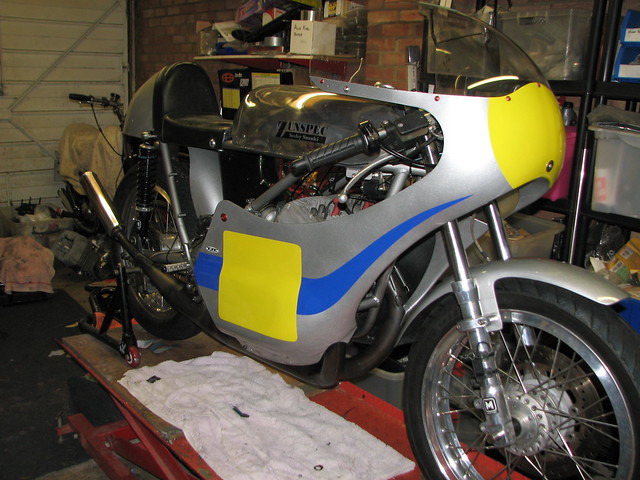 Hmm, seems it's been a while since I updated activities on the racer front.

We managed a whole 4 race meetings in 2019, a record for us as even club racing challenges the resources. Gary May rode for the 1st two outings and even set lap and race records at the first CRMC meeting at Castle Combe in April: 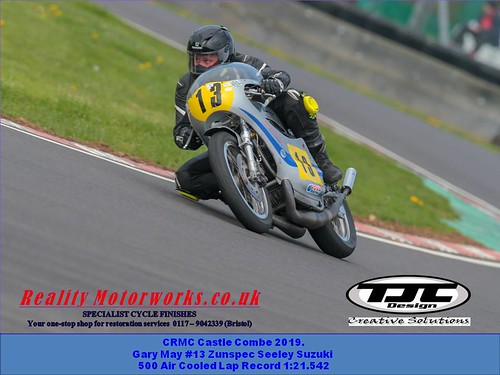 Gary rode again at Pembrey but a problem with the front suspension gave real issues, he still managed to win one race though. Over Gary's total of 8 races he was on the podium every race including 2 wins.

A change of rider for Donnington in August, Richard Llewellin slung his leg over the seat. A sequence of hassle's as a result of removing the fuel filters (to ensure no flow restriction) followed. The culprit of losing 2000 rpm turned out to be the really high humidity, all was well after dropping from 360 to 320 main jets but it took us a while to get there. A photo of Richard dicing with Oli Bingham (SR500 Yam based machine) was selected by the CRMC to front their advertisement for the 2020 season schedule in Classic Racer magazine which was amusing: 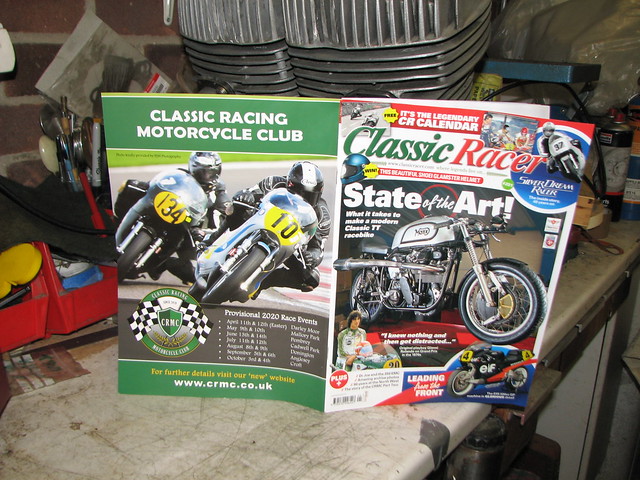 Oh, we were also sharing the pit with this noisy beast:
https://www.flickr.com/photos/zunspec/4 ... ed-public/ 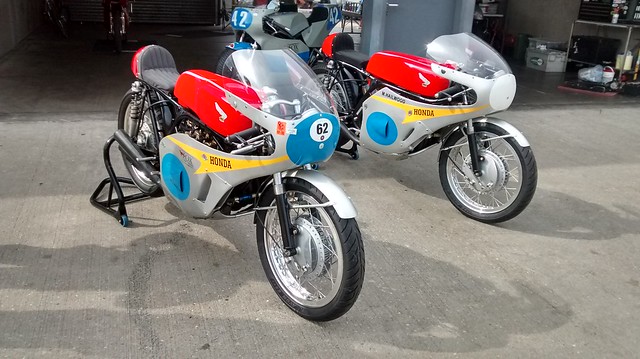 Not often you rock up and find £1.5M GBP of 6-cyl Honda's on the other side of the garage. ( one genuine (see video), one a Beale replica) 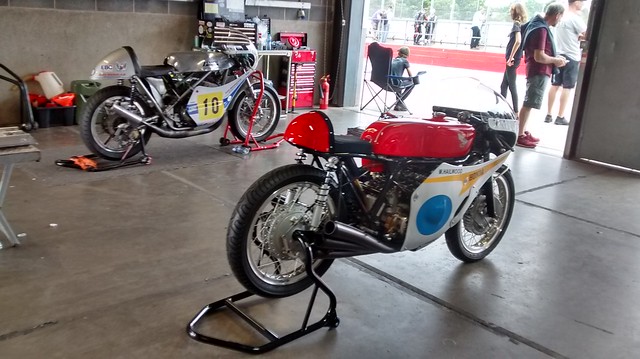 The last meeting at Snetterton in October was a pretty damp affair and ended with Richard stopping on the warm up lap for the Race of the Year for our class when water shorted out the kill switch. Still, we all survived to tell the tale and will hopefully get in a few meetings in 2020.

Return to “In the shed”